Barbershop Etiquette for Girlfriends, Brides to Be, and Newlywed Wives 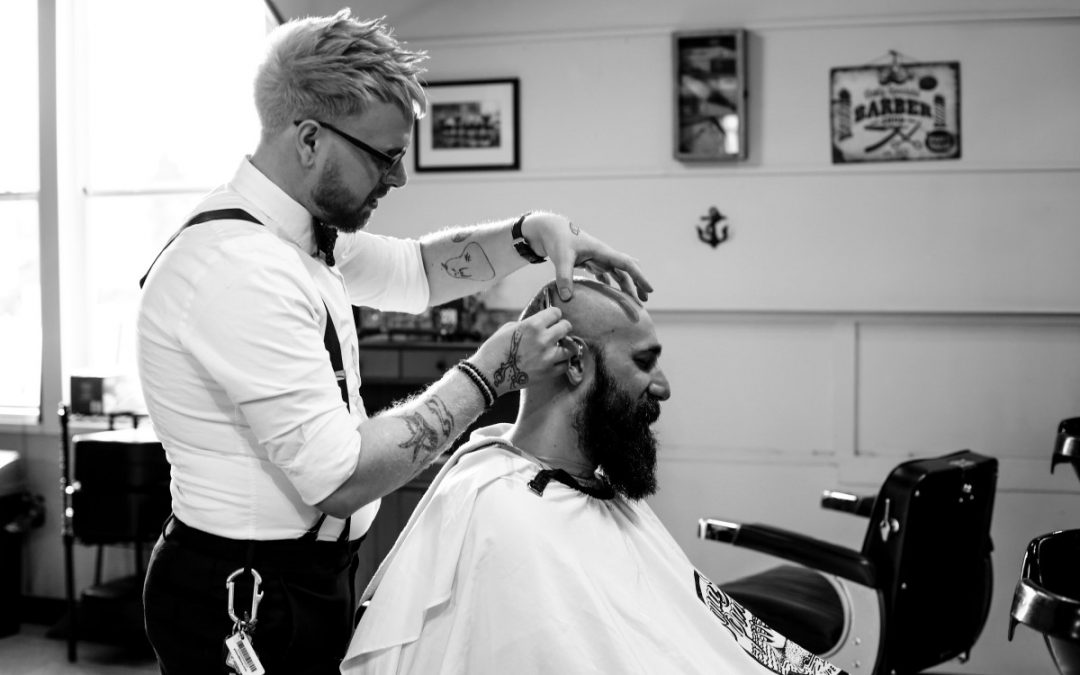 Alright ladies, this one’s mainly for you. Want to be one of the coolest girls in the shop? Here’s a few barbershop culture rules we’re going to lay down for ya. Now this stuff has been passed down throughout the whole of barbershop history. Only problem is: The cultural shop annoyance of some behavior from certain spouses actions have only been passed down and discussed in the break rooms of barbershops. This comes in the form of barbers clowning on such behavior, fellow barber brethren relating to the barber that had to deal with it, or O.G. barbers passing along stories of such behavior. Behavior ingrained so strongly in some that it has happened time and time again for centuries in barbershop culture. Seriously, these actions stay tried and true through generations, so clear and predictable that it’s mind boggling.

Who’s ready for this?

Fellow barbers, shop front desk Vikings, homies, and spouses that will read this and say…”duh why the F would you do that?”… Get ready to relate. As always, all in good fun and light heartedness.

1. DOs and DONTs of helping your man explain what he (meaning you) wants in his look.

DO chill the eff out and calmly sit in the waiting area… We’re going to pretend this is not about you.

DO NOT turn our waiting area chairs around to mean-mug our barbers while they cut your man’s hair, which you seem to think you can do better.

DO, while in the waiting area, chime in about the service, IF ASKED by your husband or the barber. We cool girl, just understand the world you’re in while at Lincoln St., and we can all figure this shit out. With good laughs, some wine, and some beer.

DO NOT step one mother effing foot in barber alley. Barber alley has an imaginary curb right behind all the barber chairs which runs in an L shape between the barbers and the waiting area. For real. Do not go past the curb. Respect the craftsman’s space. Again, if you’re cool as shit, you’ll be invited into the alley. Over-step the boundaries and you’re gonna be the one getting clowned on in the back room. Barbers come up with some burners too. Worst of all, your man might get caught in the crossfire. Never cool to be that guy in the shop. Hook ya man up and relax. Have a pour of wine and enjoy our million dollar view of Pike’s Peak. It’s nice.

2. DO’S and DONTS of how to act if a FEMALE barber is cutting your mans hair.

DO be cool with a female barber cutting your man’s hair. Easy enough, you’d think.

DO NOT come in here all trifling, glaring at the female barber cutting your man’s hair like they’re going to steal him. Trust us… These ladies want nothing to do with your man. Plus, your man is probably embarrassed by your actions so just calmly chill in our waiting area while you pet your Luis Viton purse dog. Again, wine is on us.

3. DO’S and DONT’s of giving input on the barbers direction with the your husband’s hairstyle.

DO feel free to kindly ask us to tweak an area of your man’s cut you think my not be laying right. Remember, we cool. Act accordingly and we’ll all figure this out.

DON’T EVER go over and start guiding the barber on what to do by touching your man’s hair or getting in the way of your barber while they’re working. For real. If you act like this around us, we might just give you our scissors and straight razor and let you finish the job while we go have ourselves a cold one over at Goat Patch. The latter is a better approach, ladies.

Well gals, there you have it. Our top three rules of spousal barbershop etiquette. Stick to these and you’ll fit right in. Don’t follow them, you’ll still fit right in…as one of the ones getting poked fun of by barbers, which are traditionally some of the coolest humans in the community.